Stop being a neo-liberal and embrace the sanitation system

Sanitation is chronically underfunded, perhaps that’s because we’re not asking for money in the right way or from the right source. 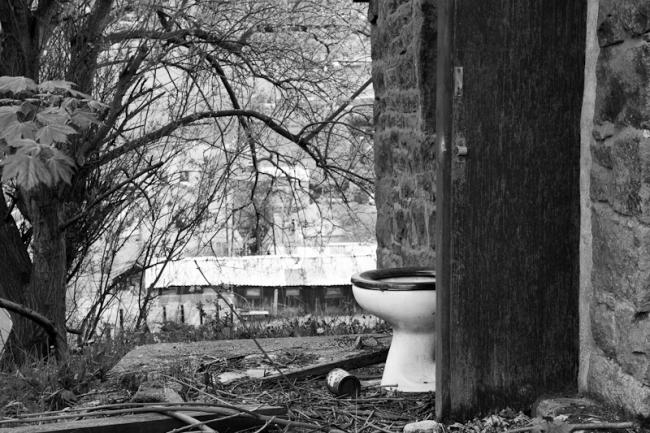 A few years ago, when I was moving house from Dublin to The Hague, I fell into conversation with the owner of the company that was shipping my furniture. A late-middle aged man from the far west of Ireland, raised in a rural home, he’d only learned to speak English in his teens. When I told him what I did for work, instead of moving quickly onto the weather (which is what normally happens), he told me this story:

When I was growing up in the 1950s many rural houses didn’t have modern indoor toilets. During one election, a politician came canvassing and talked to a neighbour, an old woman living in such a household. He asked for her vote, citing the work the government was doing to provide people like her with modern sanitation. To which she replied, “I’d rather die with the tracks of the bucket on me arse, than vote for you free-state bastards*”.

I honestly can’t vouch for the story, and it mainly stuck for the old woman’s pithy put-down to a smarmy politician. But on World Toilet Day it seemed apt to share, and because it illustrates a few (what should be) universal truths about sanitation, and because it reminds us that even in wealthy countries (which Ireland wasn’t in the 1950s), indoor flush toilets are a relatively recent innovation, particularly in rural areas. Perhaps most importantly though, it shows that politics and toilets have, and always, will be closely related; and that getting toilets to everyone requires government push.

No doubt this World Toilet Day there’ll be the usual appeals from the ‘sanitation community’ to give a thought to toilets, along with laments about why it remains so ignored compared to water.

To the first of these I say – yes, let’s give a thought to sanitation – and not just on World Toilet Day - because it’s fundamental human right and it’s just outrageous and ridiculous that people have to live surrounded by their own and their neighbours filth in 2019.

To the second – and to stir the pot a bit – I say because of the sanitation community is putting out the wrong messages.  Not about sanitation being important – we all agree. But on how to think about providing sanitation to people.  And because this is a blog and will be put up with another thousand blogs that no-one will read, I’m going to skip the part where I provide a carefully built and nuanced argument and skip to my recommendation.

So, for World Toilet Day, three stops and a go to my sanitation friends and colleagues:

Why does water get more money than sanitation? Because it has an answer to the politician’s question ‘what can you spend it on?’.  And one that doesn’t involve wittering about not providing infrastructure or subsidy but instead doing behaviour change campaigns! Politicians like spending money, and they like opening things, and they like providing services that they can then parlay into votes. And yes, when I’m writing about water, I’m often writing that we need to encourage government to spend its money more wisely and not just on infrastructure. But at least the expectation of spending is there, and the water sector doesn’t keep telling government that it doesn’t actually need money because ‘it’s a household issue’.

Happy World Toilet Day – and here’s to getting lots of money spent on sustainable sanitation services!

* Note: If the term 'free-state bastard' is impenetrable and you feel like reading more – see this Wikipedia article on Ireland's civil war and its long political legacy.